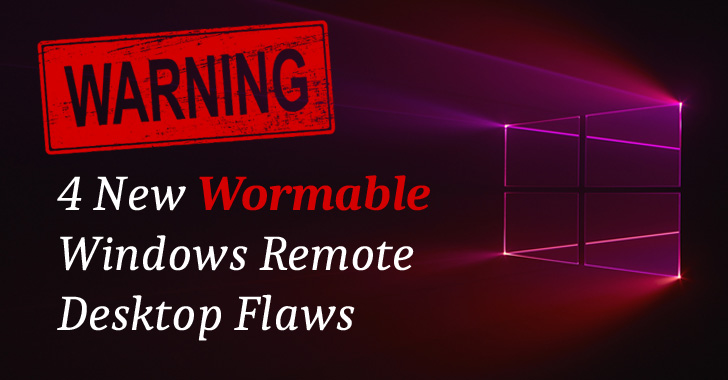 If you are using any supported version of the Windows operating system, stop everything and install the latest security updates from Microsoft immediately.

Discovered by Microsoft’s security team itself, all four vulnerabilities, CVE-2019-1181, CVE-2019-1182, CVE-2019-1222, and CVE-2019-1226, can be exploited by unauthenticated, remote attackers to take control of an affected computer system without requiring any user interaction.

Just like BlueKeep RDP flaw, all four newly discovered vulnerabilities are also wormable and could be exploited by potential malware to propagate itself from one vulnerable computer to another automatically.

“An attacker can get code execution at the system level by sending a specially crafted pre-authentication RDP packet to an affected RDS server,” Microsoft warned.

Though the first two vulnerabilities affect all supported versions of the Windows operating system, the second set of flaws (1222 and 1226) only affects Windows 10 and Windows Server Editions.

Instead, the vulnerabilities reside in Remote Desktop Services—formerly known as Terminal Services—could be exploited by unauthenticated, remote attackers by sending specially crafted requests over RDP protocol to a targeted system.

Besides this, Microsoft also says that the company has found “no evidence that these vulnerabilities were known to any third party,” or being exploited in the wild.

“It is important that affected systems are patched as quickly as possible because of the elevated risks associated with wormable vulnerabilities like these,” Microsoft strongly recommended.

If left unpatched, these security vulnerabilities could allow attackers to spread wormable malware in a similar way as the infamous WannaCry and NotPetya malware was spread across the globe in 2017.

Besides these four critical security flaws, Microsoft has also patched 89 vulnerabilities as part of the company’s monthly batch of software security updates for August, 25 of which are rated critical and 64 important in severity.

Users and system administrators are highly recommended to apply the latest security patches as soon as possible to keep cybercriminals and hackers away from taking control of their computers.

For installing the latest security updates, you can head on to Settings → Update & Security → Windows Update → Check for updates on your computer, or you can install the updates manually. 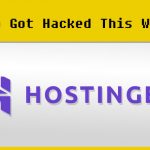 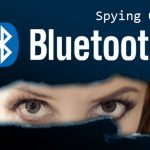